Located in the heart of the Canadian capital city, Strathcona Park is one of Ottawa’s best-kept secrets. It is a park with a variety of attractions, including the Fleck/Paterson House, Embassies, and Lord Strathcona Fountain. It also boasts a lot of art, making it a great place to spend a day. You can return to our home page.

Located on the western banks of the Rideau River in Ottawa, Strathcona Park is a large expanse of greenspace in the heart of the nation’s capital. The park is home to several notable landmarks and museums including the Canadian War Museum, the Canada Science and Technology Museum, and the Museum of Canadian History. It is also home to the Odyssey Theatre, which has produced numerous award-winning shows in the park. The organization hosts an annual picnic and Christmas party, and plans to incorporate other community organizations into future events.

Located in Sandy Hill, Ottawa, the Lord Strathcona Fountain is an historical landmark. It is a large, French-style fountain designed by Mathurin Moreau. It features cherubs, sea shells, and a Coat of Arms of Lord Strathcona. It was cast in Paris’ Fonderies d’Art Val D’Osne. The fountain was given to the city in 1909 by a private donor.

It is an iconic landmark in Ottawa and has received one review. In addition to its historical significance, the fountain is a popular destination for picnics and summer activities.

In 1909, the city received a donation of the fountain from Lord Strathcona. The park was created in the early twentieth century and heavily influenced by British park designs.

The park was originally home to the Dominion Rifle Range. It is now on the west bank of the Rideau River and marks the eastern edge of the Sandy Hill neighbourhood. The park was renovated in the 1990s and is now maintained by the City of Ottawa. Learn More about Nepean here.

Located on the west bank of the Rideau River in Ottawa, Strathcona Park is a city landmark. It marks the eastern boundary of the Sandy Hill neighborhood. The park also boasts one of the city’s most impressive fountains.

Strathcona’s Folly is an outdoor art installation conceived by artist Stephen Brathwaite. It’s made of architectural pieces from around the city. The best part is, it’s free. The design varies in height from one to two meters, and is a great way to enjoy the summer sun while soaking up the local sights and sounds. The park is also home to a children’s play area, which was commissioned by the City of Ottawa.

Located in Ottawa, Ontario, Canada, the Fleck/Paterson House is a historic building. It was built in 1901-02 as a private residence for industrialist Andrew Fleck and his wife Gertrude. The building was designed by Ottawa architect John W.H. Watts.

The building has served several purposes over the years, most notably, as a private residence, a student residence, and a retirement home. In 1986, the building became vacant. As a result, the government expropriated the building for use in the Royal Canadian Navy. The upper level of the conservatory was removed, in violation of the Ontario Heritage Act.

In 2007, the Ottawa-based nonprofit Art Canada Institute announced plans to transform the Fleck/Paterson House into an arts and cultural institution. They were supported by the Fleck Family, the Glorious and Free Foundation, and the Michael and Sonja Koerner Charitable Foundation. The organization’s Leaders include Linda and Steven Diener, John and Katia Bianchini, Stephen Smart, and Tim and Darka Griffin. They are supported by Founding Patrons such as Albert E. Cummings, Sarah and Tom Milroy, Jalynn Bennett, Roger and Kevin Garland, and the Gershon Iskowitz Foundation.

Embassies in Ottawa ON surround the park known as Strathcona Park. This large park is located on the west bank of the Rideau River. The park is home to many foreign embassies, including the Embassy of Russian Federation in Canada.

The park has cool rock sculptures and many trails to explore. It is also a popular place for toboganing in the winter.

The area was once the site of the Yugoslav Embassy. It was located two blocks west of Strathcona Park. In 1971, two young men associated with the Croatian National Resistance stormed into the building and took the Yugoslav ambassador hostage. The police arrived on the scene before the terrorists could be captured. The building was later expropriated by the Canadian government. 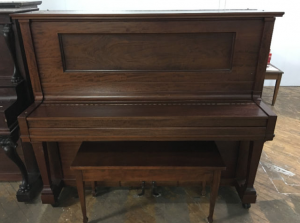 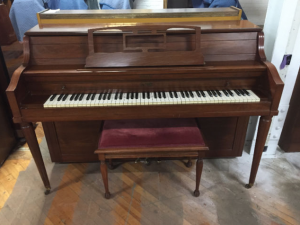